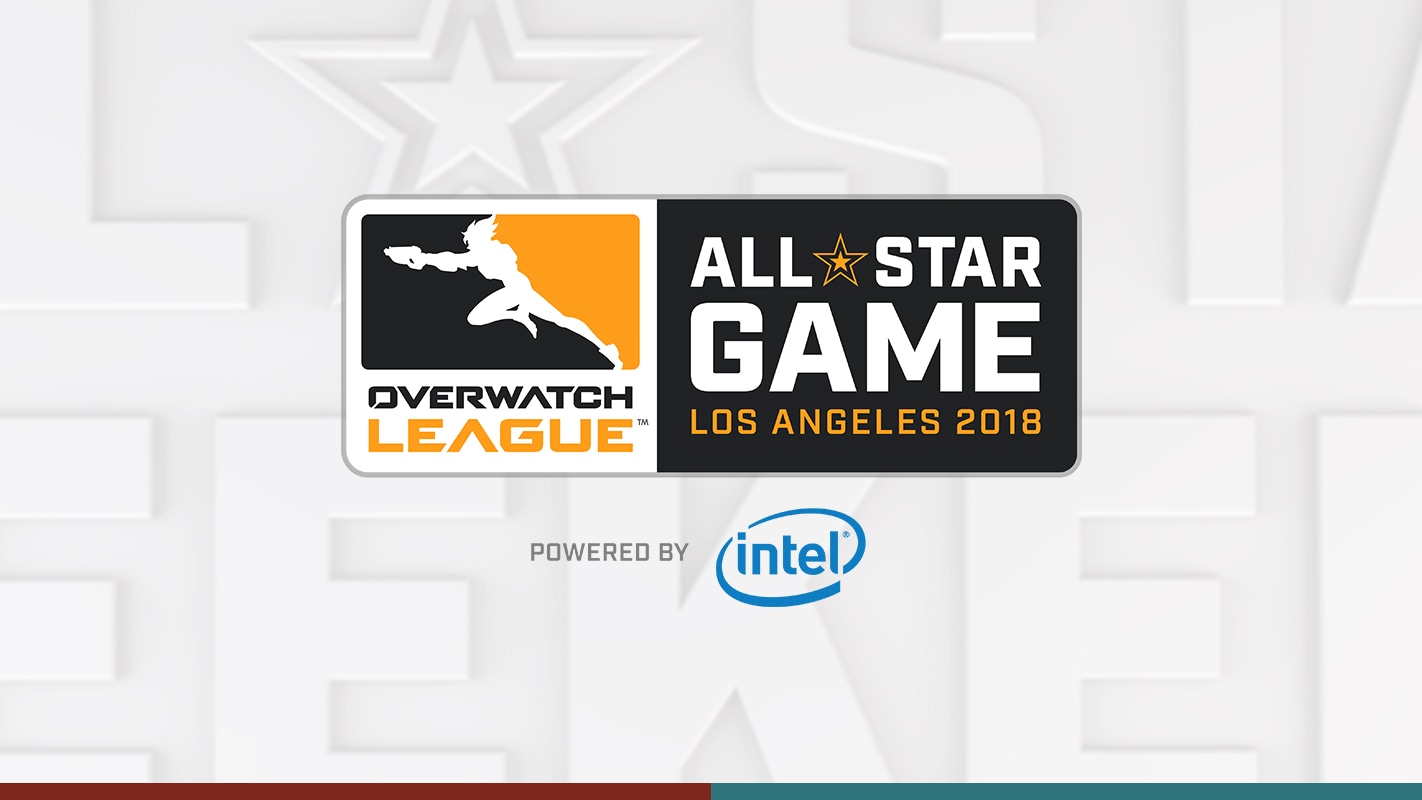 More than 55,000 fans voted for the Atlantic and Pacific Division starting rosters for the Overwatch League All-Star Game, Powered by Intel®. Now we’re revealing the complete 18-player rosters (starters and reserves) for both squads. Also, we’re pleased to announce that tickets for All-Star Weekend are now available.

Here are the Atlantic and Pacific starters: 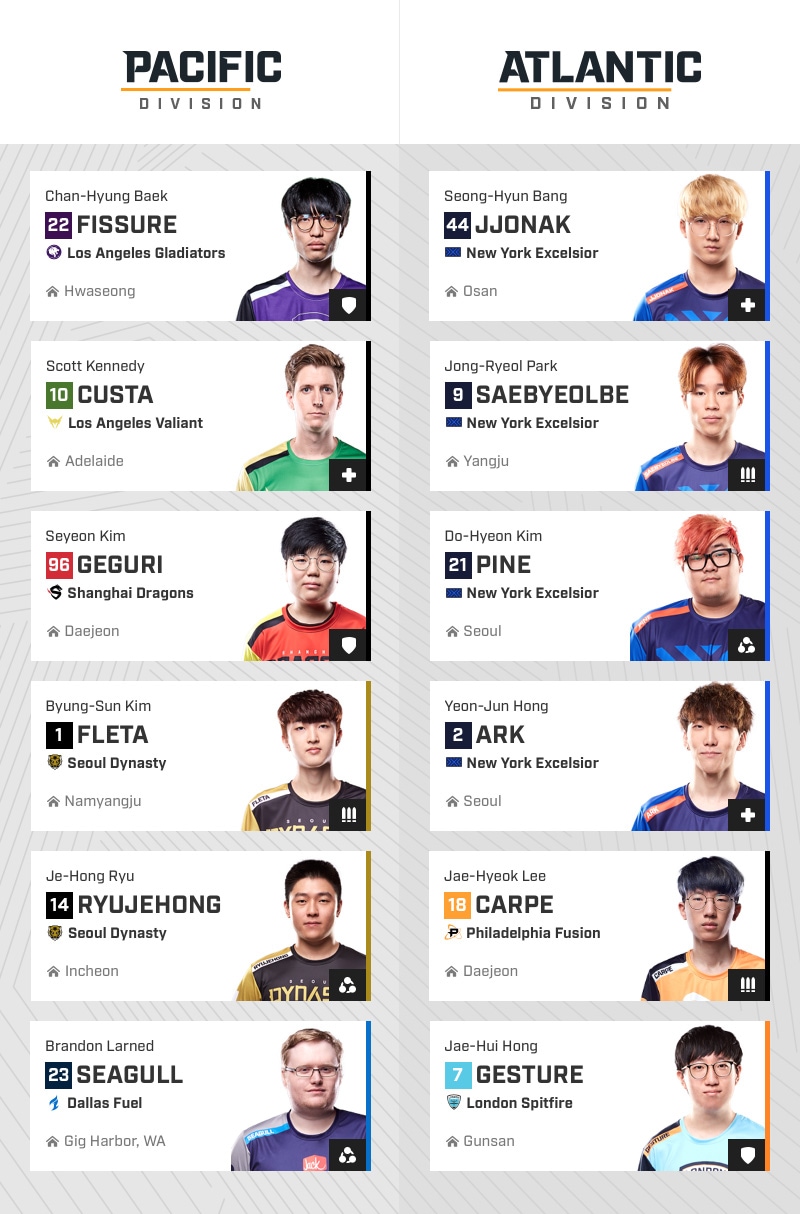 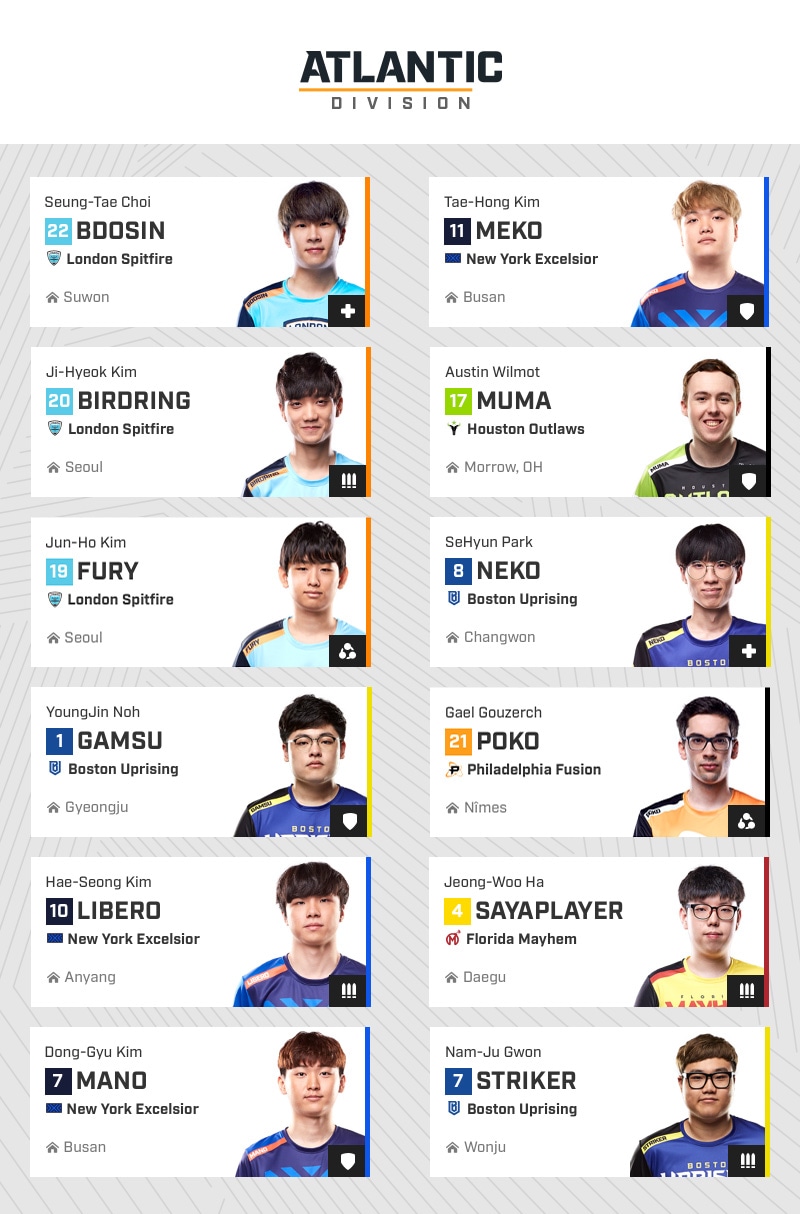 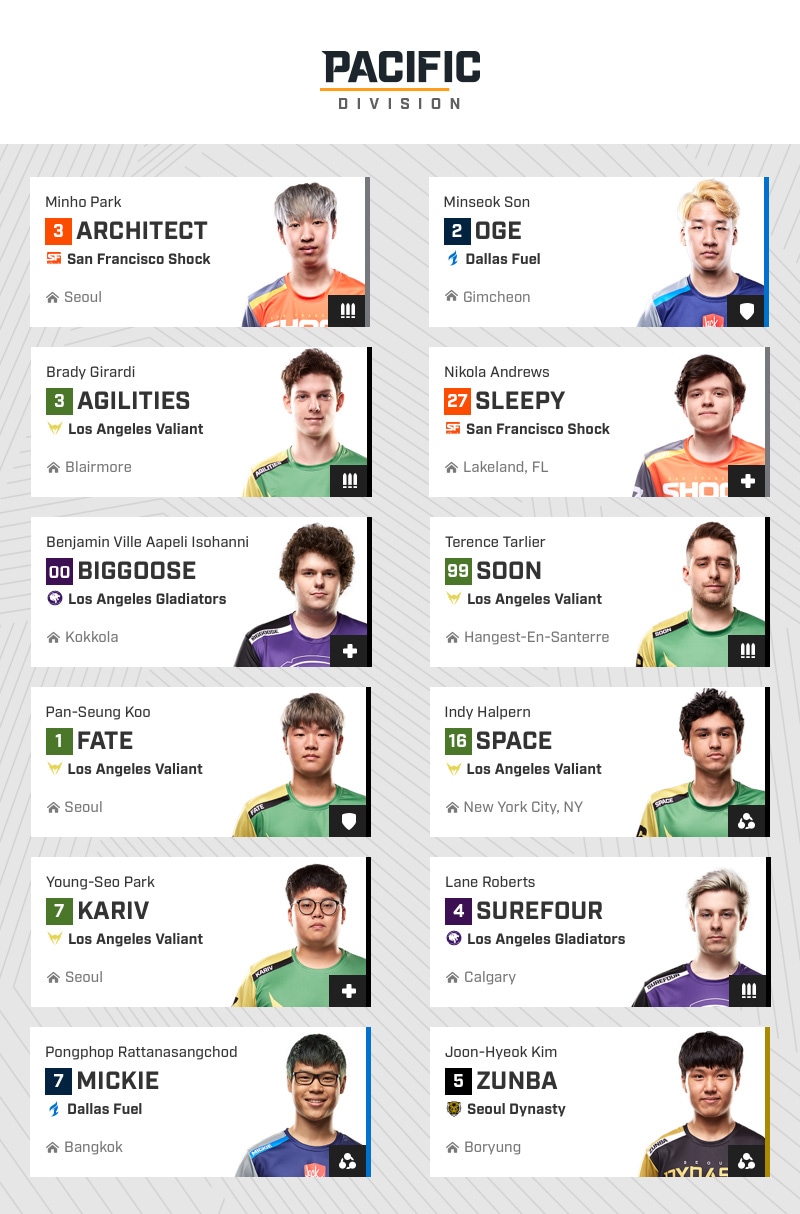 The reserves were selected by Overwatch League players, coaches, casters, and staff.

All-Star Weekend festivities kick off on Saturday, August 25, at 4 p.m. PDT, with a series of custom skill matches. On Sunday, August 26, at 11 a.m. PDT, the Atlantic and Pacific Division All-Stars go head-to-head in the official All-Star Game.

Additional details on All-Star Weekend custom game modes, the All-Star Game format, and other fan experiences will be announced soon.

The All-Star Game will be streamed live on Twitch, OverwatchLeague.com and the Overwatch League app, and on MLG.com and the MLG app.